If you are shipping used machinery to Australia, be aware that stringent biosecurity requirements are policed and the penalties for non-conformance include re-export of the machinery.

While other countries don’t apply the same re-export penalties, they do have strict quarantine requirements for used machinery (notably USA, New Zealand and New Caledonia) and anyone shipping used machinery anywhere, should be mindful of biosecurity.

Biosecurity is a set of preventive measures designed to reduce the risk of transmission of infectious diseases in crops and livestock, quarantined pests, invasive alien species, and living modified organisms (Koblentz, 2010). The emerging nature of biosecurity threats means that small scale risks blow up rapidly, thus an effective policy becomes a challenge for there are limitations on time and resources available for analyzing threats and estimating the likelihood of their occurrence.

AQIS, DAFF and “Australian Quarantine” requirements for importing machinery into Australia were superseded with the introduction of the Australian Biosecurity Act, 2015.

You can read the complete Australian Biosecurity Act 2015 here.

Effectively, this means that used machinery is a prohibited import into Australia unless it is as clean as new.

Any used machinery arriving at the Australian entry port that is not compliant with this condition, is therefore deemed to be a prohibited import. All used machinery entering Australia is inspected by a DAWR biosecurity officer at the port of entry.

Many Australian importers of used machinery have had the unfortunate experience of having to pay the costs of shipping their machine back out of the country, arranging offshore machinery cleaning and then re-importing it once the required level of biosecurity cleanliness had been achieved. There have even been cases of the same machine being rejected and re-exported twice.

A person not complying with DAWRs directions to forfeit or re-export the offending used machinery (commonly referred to as a ‘re-export order’) can be liable to civil penalties, including a maximum jail term of up to 5 years.

If you’re selling a 10-year old garbage compactor or a mining shovel with 5,000 hours on the meter, cleaning your used machinery to ‘as new’ condition might seem a daunting task, however, Australian biosecurity compliance IS achievable.

If you are exporting used machinery to Australia, you simply need to ensure that the machinery is as clean as new – INSIDE AND OUT – before you export.

DAWR has published the following cleaning guidelines and checklists to assist companies shipping used equipment to Australia. We’ve shared these with you in our resources section.

When used machinery arrives in Australia, the primary biosecurity inspection (initial inspection) takes place on the wharf, as cargo is discharged from the ship it arrives on. The inspecting DAWR biosecurity officer will typically spend 30-90 minutes conducting a thorough visual inspection of the machine. The Australian biosecurity officer will look for any visible contamination – all over the machine, under the machine, inside track frames, behind belly plates, in every joint and cavity and crack and crevice, so you’ll need to do a very thorough job cleaning your machine to Australian standards.

If there is no obvious contamination, the machine will pass the initial biosecurity inspection and be permitted to proceed to an “Approved Arrangement” (formerly referred to as a QAP or Quarantine Approved Premises) – defined under the Biosecurity Act 2015 as an arrangement, approved by the Director of Biosecurity, that provides for a biosecurity industry participant to carry out biosecurity activities to manage biosecurity risks associated with specified goods, premises or other things.

Secondary inspection will take place at the Approved Arrangement. This will likely include partial dismantling of the machine to access any areas the biosecurity officer could not inspect intact. This will typically involve the removal of any wiring conduit and will commonly involve taking off components such as the operator’s cab, fuel tank, wheels, etc. If there are any holes, ruptures, splits, cracks or fresh welds, the inspecting DAWR biosecurity officer will direct the importer (or the forwarder/customs broker/Approved Arrangement personnel on behalf of the importer) to cut open those sections for high volume flushing, under DAWR supervision. Radiators, too, will always be flushed as part of this secondary inspection.

As a general rule, if you’re cleaning used machinery for Australia, just remember that anywhere water can reach, biosecurity risk material can reach!

What is a Freightplus biosecurity pre-shipment inspection (PSI)?

Freightplus recently inspected and cleaned this monster, 1,000-tonne, CAT 6090 mining shovel.  Freightplus inspected and cleaned this machine and shipped it to Australia. Thanks to our extensive experience and expertise in inspecting and cleaning heavy used machinery, and the intensive inspections, cleaning and reporting processes carried out by Freightplus in collaboration with DAWR, an impressive 94% of the components were released directly off the port, without need for the usual secondary inspection. An astute investment by the forward-thinking importer, in using Freightplus to achieve Australian biosecurity compliance before the cargo was shipped, slashed his customer’s lead time by almost a month and being able to cut out the numerous crane lifts and transportation costs of taking these 1,000 diggers to an approved arrangement for the usual flushing inspections, resulted in a net cost-reduction of almost $300,000.

With offices across four continents, you can access a Freightplus operator, face to face, at any time of the day or night, for good advice about shipping over dimensional or heavy lift freight: 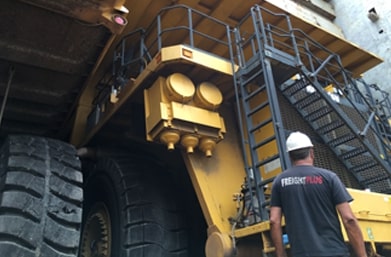 Freightplus is a close-knit international team of like-minded freight forwarding professionals; sharing a common vision and genuine enthusiasm for solving even the most challenging logistical situations.
.
. 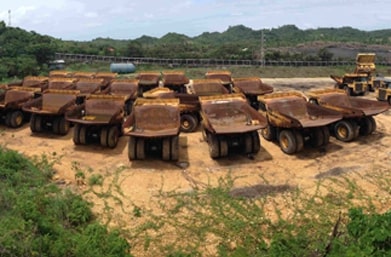 With offices worldwide and an extensive international network, Freightplus has the global reach to ship your large and heavy equipment in and out of every imaginable marketplace.
.
. 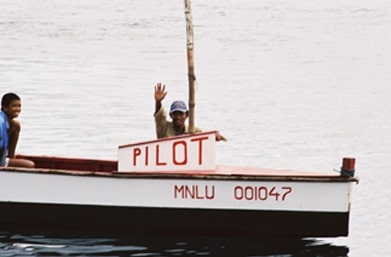 The key to our success is our ability to recognize and avert potential dilemmas and to provide solutions to even the most challenging problems.
Check out some examples of the work we do, challenges we face and the obstacles we overcome in our day to day operations.